skip to main | skip to sidebar

The Pros and Cons of Hybrid and Electric Cars 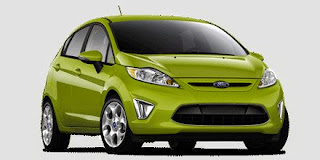 Although initial sales may have been off to a slow start, demand for hybrids is now on the rise. Despite hard times overall for the automotive industry, new hybrid registrations climbed 34% in the United States between 2010 and 2012. The jump in Australia is even more noticeable, with hybrid sales jumping by 160% in 2012 alone. Despite weak sales over the past ten years, consumers seem to be ready and willing to make the leap to more environmentally friendly options. It seems that a number of factors could be contributing to this new interest in hybrids, including rising fuel prices and improved technology. If you're on the fence about making this transition into driving an eco-car, you'll want to look more closely at the advantages and disadvantages of going electric.
Pros of Driving a Hybrid
Naturally, one of the major benefits of purchasing and driving a hybrid car is that you will have access to a cleaner, more efficient vehicle. Hybrids offer more miles to the gallon, while emitting less carbon dioxide. These green-friendly cars help drivers conserve energy, despite having all the power of more traditional petrol engines. Hybrid technology has come a long way over the past few years. If you take a look at a motoring car comparison tool today, you'll see that hybrid and fully electric cars provide many of the same amenities and levels of performance as more traditional vehicles. They are better equipped to handle a wider driving range thanks to features such as regenerative braking, which helps recharge the battery each time the driver brakes.
Further incentives to driving a hybrid car include potential tax benefits, government rebates, or employer perks. For instance, some businesses give free parking spaces to employees who drive environmentally-friendly cars, and insurance rates may be lowered as well. Finally, as the demand for cleaner, greener cars continues to grow, the resale values for these vehicles are high. If you compare depreciation rates of electric or hybrid cars to more traditional cars, you'll see that today's green models are coming out ahead.
Cons of Driving a Hybrid
Despite these numerous incentives, hybrid cars may not be right for everyone. If you're looking for raw power behind the wheel, a hybrid may not compare to a sportier conventional car. Although they're swiftly catching up in terms of performance, most hybrids have lower power outputs than sports cars. They're built to boost economy rather than speed, and as such tend to have smaller engines and a lighter weight. This is more in line with what you would expect in a Ford Fiesta review rather than a Lamborghini.
At the same time, the upfront costs for a hybrid will be higher. Even with rebates and tax breaks, a hybrid car will still cost more than that conventional Ford Fiesta. Within the same brand and model, you could expect to pay as much as $10,000 more for the hybrid. Yet if you plan on driving the car for a long term period, you can expect to get this money back in the savings on fuel. Those looking for a short term car may find that the benefits do not balance out the cost.
Generally, hybrids stand out for their safety, reliability, and low running costs. They can be a great choice as a commuter or family car. However, those in the market for a sportier car or something to drive for a year may wish to look at other options.
Compliments of Guest Blogger, Hannah.
Posted by GoingGreen.com at 12:27 PM

I am so proud to see our team rock the international stage in sustainability. I look forward to an encore performance next year! hybrid honey

Owning and driving a hybrid car is not only smart, it’s financially wise. The average amount of money saved when switching to a hybrid is nearly $500 annually on gas!! hybrid

Gratitude for sharing the Pros and Cons of Hybrid and Electric Cars! I am pleased to read this information here. Very soon we are also buying an EC so I am just trying to find the best Electric car buyers guide. Do you have any helpful guide for me?

very nice put up, i actually love this web site, keep on it. PLease search picbear to discover nice photos and videos on instagram.